The more we pretend to read…

I went on Facebook, saw I had a number of notifications, clicked to glance at the list, and then clicked “Mark as read.” Don’t ask me what was in the list. Don’t ask me any details. Certainly don’t give me any test over the material. But I did “read” them — about as intentionally as my students just read Jane Austen’s Pride and Prejudice.

I know I sound prejudiced, but I prefer to think  my statement a byproduct of empirical evidence, and I’m not proud of my observations. I am saddened. I have been teaching English for nearly 15 years, the bulk of that time dedicated to honors and Advanced Placement English students in 11th and 12th grades. You would think these high-caliber students would read not just what I assign but more, so much more.

I am frightened to think that those who don’t read may someday lead.

My thoughts are trending on reading today for three, perhaps four, reasons.

Friday I gave a final test over Pride and Prejudice. We have been studying the book for a month; I even gave students the questions to answer from which I would build the plot questions on the test. I warned students that the test would also cover the author, the theme, the characters, and the literary devices Austen uses in her classic text. I said they could read the zombie version if that would make them more likely to read. I said they could watch the six-hour movie version if that would aid their reading.

But I said they had to read. And take notes in class. If they did both — and some, to be fair, surely did — they would pass with high marks. Based on my advice to students, our class discussions, and the notes I jotted myself on the white board — and recorded with my camera phone — I wrote a fair test. Some still found it quite difficult. Some left questions unanswered. Some whined — but could not admit they’d really read.

Yesterday, I read a woman’s blog titled, “How school put a stop to my child’s habit of reading.”  In it, the author reveals how she cultivated a love of reading in her child through the years. However, once in high school, the author’s daughter took a standardized test that would determine the level of classes she would take; she was placed in “mixed ability” classes, where, apparently, her new peers do not read (as indicated when the teacher quizzed them).  To encourage reading, the teacher asked students to bring in a “suitable” book and gave them time to read each day in class. As the blogger wrote, it sounded logical, but the result has been that her child now only reads in that brief interval at school.

Great post — and sad!  You are right, the school likely thinks it is doing a good thing by insisting on this and “inspiring” reading, and your daughter is likely caving to peer pressure. I am an English teacher who struggles to get students engaged in reading; some do, most don’t enjoy reading for pleasure. In many ways, I blame social media, tweeting, texting, and other shallow “sports” that purport to use real communication. My son, for instance, loves Vines, 6-second videos usually of no value that replay and replay and replay. I have taught English for 15 years, and the students are coming into my class less able to read than before. They don’t understand the context or the vocabulary and, I think, actually lack the ability to comprehend and, therefore, dislike reading more than ever.

A friend shared this video with me that I thought you might enjoy… it is a funny diatribe on our American inability to read the classics… http://biggeekdad.com/2011/11/the-three-little-pigs/

That video link I shared with the blogger is my third reason for trending on reading. The video is a comedian’s rendition of The Three Little Pigs, if the book had been written (and performed) by William Shakespeare; the lone American pig (with his limited vocabulary) adds hilarity and an unfortunate truth on our lost culture of reading.

Within the two years juniors and seniors are in my English classroom, I try to emphasize the importance of reading and of books.  When students read To Kill a Mockingbird, for instance, they go into the grammar classroom with main character Scout and find a teacher who discourages her habit of reading with her father, which leads the little girl to this thought:

“Until I feared I would lose it, I never loved to read. One does not love breathing.”

Next quarter, my students will tackle Frederick Douglass’s autobiography; he was an American slave who learned to read and attributed his rise to freedom to that very act. One of my favorite books to teach, Fahrenheit 451, by Ray Bradbury, is all about a society so bombarded by technology and mass communication that the people are forbidden to read. Taking away books allowed egality — a drastic leveling of society so that no one need feel inferior. In Bradbury’s society, firemen exist to burn — books — rather than to put out fires. While he wrote in response to the literal book burnings he saw in Nazi Germany, the now-deceased Bradbury said this:

“You don’t have to burn books to destroy a culture. Just get people to stop reading them.”

I fear that day is fast approaching.

Do you realize how important reading is? How crucial understanding words are? How reading is the crux of the matter to those with faith in God?  Jesus Christ was the Word of God who became flesh and dwelt among us. The Bible is God’s word to us — but we have to read it. Once upon a time only the leaders in the faith had access to the word of God, and the rest of the people were dependent on them for both its reading and its understanding. One Reformation and the invention of the printing press later, and we all were free to have God’s word in our hands. But with the dumbing down of our society, the lowering of our vocabulary, the reduction of our time actually reading, the increase in our exposure to technology and mass communication, that freedom may be threatened not by government but by desire — or inability. And we probably won’t even realize it.

I see it in the children I teach.

Like my Facebook notifications, my students will “mark as read” Pride and Prejudice. But the more we pretend to read, the more we will be missing the mark. 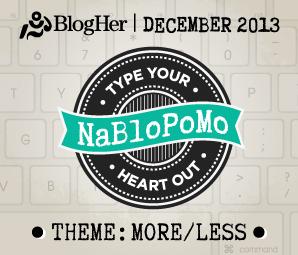 14 responses to “The more we pretend to read…”