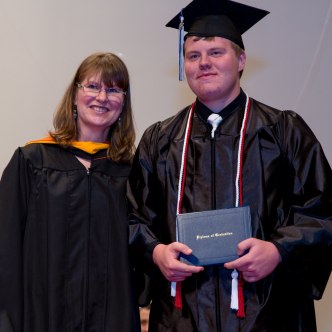 During my stint as a juror, I was impressed by the honor shown within the courtroom. We potential jurors learned about courtroom etiquette, most significantly, that when the judge was in the room, we show him honor by rising as he enters, following his instructions, answering respectfully, and shutting off our electronic devices rather than just silencing them (on penalty of having the bailiff confiscate them to return them only after 5 p.m.–so much like school!).

Once I was chosen as a juror and actually served at the trial, I found I was shown honor. Every time the jury entered or left the courtroom (which was often), I heard, “All rise for the jury,” and experienced the honor due me simply for my position as juror. Though the opposing attorneys were fighting each other with testimony and evidence, each treated the other side–and the judge, the witnesses, and the defendant–with honor.

Of course, I have known about honor since I was a child. First memorizing one of the Ten Commandments–“Honor your father and your mother, so that you may live long in the land the LORD your God is giving you” in Exodus 20:12–as a child, then as a willing adult. I rather equated “honor” with “respect,” and since my parents were generally respectable, I was generally respectful.

But (coincidentally?) yesterday in our monthly chapel at school, a local youth pastor offered me new insight on honor. He opened his talk with the beginning chapters of Malachi, one of the books in the Bible I’ve hardly noticed, despite the One Year Bible I use. (Even now, as I review the Scripture he revealed yesterday, I can see why I have largely ignored it. I wish I had recorded his enlightening talk rather than merely jotted notes on the back of an envelope.)

After introducing God’s thoughts in Malachi, “Where is the honor due me?”, the youth pastor defined honor as “value” and “worth” and “weight.” (I’m thinking I might gain some of that last definition in honor of his talk.) But read this: Honor, he said, is not respect, for respect is often earned while honor is owed.

We owe God honor; we dishonor Him when we offer anything other than our first or best. While the speaker pointed out the “youthful” ways of dishonoring God, such as staying up late on Saturday and being too tired to pay attention in church on Sunday or giving Him the leftover time in the day rather than making time with Him a priority, I saw my oh-so-American busyness and multitasking as dishonoring to God.

Honor, he explained, goes North, South, East and West–to those above, below, or equal to us in age, authority, or prestige.

“The amount of honor you give is determined by the amount of value you perceive,” he said.  “Honor is about what you decide, not about what they deserve,” suggesting that we should honor each individual simply “because of the potential God has placed in them”–not because an individual is living or not living up to that potential.

It brought my mind back to the honor I had observed in court, even toward the defendant, who was eventually convicted. Prior to the trial, to emphasize that the defendant was innocent until proven guilty, the judge told us the entire Defense could merely put down their heads on the table and say nothing; if the State didn’t prove the defendant’s guilt beyond a shadow of a doubt, he was still presumed innocent, though nothing was said in his favor. In the courtroom that day, even as the evidence piled high against the defendant and his guilt became clear, everyone treated him with honor–the judge, the attorneys, the witnesses, even the jury that would decide his fate. This defendant wasn’t living up to his God-given potential and would pay the price for that, but he was still treated with dignity and honor within the courtroom.

God is all about honor–for himself and for each of us. He isn’t opposed to punishment either; the Bible makes that a certainty, and the book of Malachi makes it certain that those who dishonor Him also will pay a price.

But He says, in I Samuel 2:30, that whoever honors Him, He will honor. (Also on a note written to Eric Liddell in my favorite movie ever, “Chariots of Fire.”) And Matthew 25:40 says, “The King (God) will reply, ‘Truly I tell you, whatever you did for one of the least of these brothers and sisters of mine, you did for me.’” Put those two verses together, and you get something like this: Whoever honors the “least of these” honors Me, and I will honor him.

It turns out the defendant in the trial where I served had been convicted of so much more than what we jurors were presented with that day in court. (Yes, I researched his record once the trial was over.) I would consider him a “least of these,” yet we showed him honor within that courtroom.

On any given day, by the way, some of those people I love best and spend time with the most irritate me enough to also fit that “least of these” category (and I’m sure I fit that bill myself some days). But suppose rather than following my natural instincts, I instead decide to honor the “least of these” rather than treating them as they may deserve. I don’t think I could do that in my own strength, but with God’s help I might.

And in doing so, I honor God both by acknowledging my need for Him and by honoring the “least of these.”