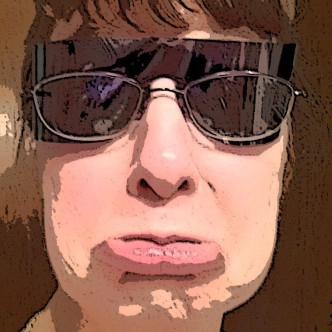 My husband and I left for a semi-spontaneous, brief beach vacation, leaving our 19-year-old son at home with his college classes and pizza delivery schedule. He was hanging out with his older brother when we left home; I sent him a text to let him know we were gone and it was safe to go home (and to send me a text when he did). As we drove three hours south, I sent my son a text, asking him about the football game standouts and other minutia. He never responded. The conversation went like this:

He still didn’t respond. I sent a text to his older brother, who said he’d driven Adam home earlier. Finally, Adam began communicating, indicating he’d had trouble with his phone, he’d been in the shower, etc. All was well.

The next morning, I shot a photo of the sunrise over the bay and sent that with a “good morning!” text.

A half hour later, I shot a photo of the gulf clouds, a pink hue due to the sunrise, and ask him if he was awake. His classes began at 9 and he usually awakened early enough to shower, eat breakfast, and find a parking space on the college campus.

Was this child of mine OK? Was he awake? Was he going to class? Had he gotten harmed?

The news channel was busy repeating a story of a 9-year-old boy who’d apparently drowned after disappearing in a rip tide in knee-deep water over the weekend. I was feeling the grief of the family who was experiencing this loss and getting a little bit “mama bear” over my youngest child. I wanted to make sure he was OK — and then I wanted to make sure he was going to class as he should.

Aware I had no control over the situation (and wanting to get at least one beach walk in before I prematurely ended my vacation to go in search of my son…), I went to walk the beach with my husband. He ran, so I walked quickly alone. I carried my phone and prayed that God would have Adam send me a text message so I could relax.

My phone chirped, alerting me I had a text. I whipped the phone from my pocket and then from the sandwich bag where I’d enclosed it in case of rain, pushed the button and ran my finger across the screen to retrieve the text — and realized I could not see due to the sun’s glare and my polarized sunglasses. I made the font as large as I could and saw that Adam had indeed sent me a text.

“Thank you, God,” I breathed. Then I tucked my phone into the plastic bag and into my pocket and began walking.

I repeated the process to access my text, could tell it was a response to my morning’s deluge of texts but could not read it for the life of me.

I again replaced the phone into my pocket and resumed walking — fast. Maybe I could catch Steve and have him read the text messages.

Chirp. Another text. I didn’t bother attempting to retrieve it since I knew I couldn’t read it.

As I walked down the beach, the phone chirped every couple of minutes — though I have my reminder chirps set to 10 minute intervals. New texts were flooding my phone.

I walked fast but only caught Steve as he rounded back for the return route. The glare was too much for him, too, but we could see that a series of texts were from Adam, some in all caps. We could see enough to know he was living, breathing, a bit perturbed — but OK. We laughed, relieved, and I speed-walked my way back to the condo so I could compose a reply.

Finally at the condo in my normal eyeglasses, I saw the entirety of Adam’s series of texts:

Adam had made his point, but I could sense I had also made mine. I began typing a loving response, but my phone began ringing. It was 10:08, and Adam was calling. Worried. Because I hadn’t responded.

I think we both learned a lesson that morning.

2 thoughts on “The problem with one-sided conversations…”